I miss the days when building web apps was easier. Drag, drop, deployed. Those days were fun. You had the instant gratification without all the hurdles and roadblocks of today. I was thinking about what to write today, I thought I'd do a bit of reflection on how I got to where I am now. It all starts with a video game called Diablo and a girl named Lissa [1].

When I was about 10 or 11, I got into playing Diablo with some friends. If you haven't played it, it's a "hack and slash" game. It was a ton of fun to play on my Intel Pentium processor over dialup. Every once in a while my mom or sister would pick up the phone and boom. Connection interrupted. Those are some things we don't have to worry about anymore. Anyways, there were a handful of us and I wanted to create a website for our group. I had multiple GeoCities pages and was comfortable hacking around changing values and elements, but I didn't really know what I was doing. So over the course of a few months, I discovered and followed the amazing guides on Lissa's website. It's worth checking out. It's a blast from the past and still exists today! 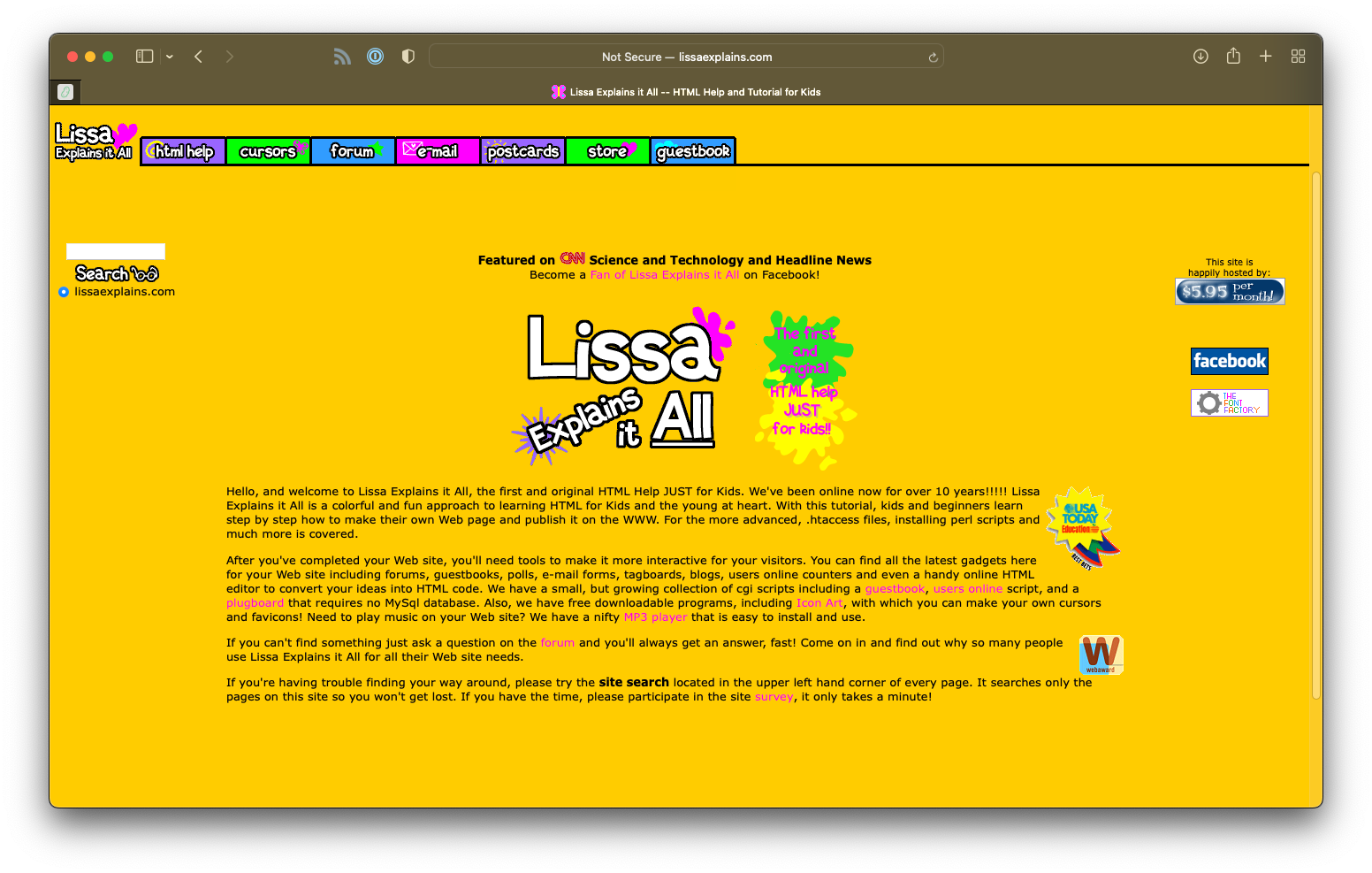 Building a website for our group of friends was cool and all, but we needed a place to chat when we weren't logged in. I wasn't big into newsgroups, probably because I was too young, so I turned to IRC. It felt like the next big thing. For those of you who don't know, IRC stands for Internet Relay Chat, which is quite commonplace today (think slack, discord, etc). I didn't really know how to program, but I did figure out how to build chat bots and various commands using mIRC's scripting language. This was my gateway drug into to programming and creating things.

So we have a group of players from across the internet, a chat room, and we needed a site. I don't know why, but I know we needed one. Having a members only section of the website seemed necessary and cool. I couldn't figure out how to do it with HTML, so I asked around on IRC and people pointed me to this thing called PHP. I was quickly off to the races. Creating PHP scripts with a ton of help from the php.net site comments. They were like the stack overflow of back then. Honestly, those comments were amazing. You could find just about any solution to any problem there.

So now I've got this page where people can log in and see stuff that only they could see. It was cool and only a few people used it, but who cares? It was cool and it was fun!

I got pretty into competitive video games and started competing in Counter-Strike. At the time it was a free mod for Half-Life; I'm pretty it came with my computer. The graphics were janky, but we loved it. One thing led to another, and after competing in so many tournaments and league matches, we eventually got sponsored by a real company. I like to joke we put them out of business. We were a bunch of kids from the internet who had no business being sponsored, but they saw something in us and it felt awesome. I still think about it to this day. Obviously, they're no longer around. They called themselves CompUSA.

By now I have amateur website making skills, was probably the fastest drag and dropper in the east, and was a "professional" gamer–though while no one called it that back then, by definition it was true. The term e-sports was very new and a weird thing to say. Almost embarassing. I rarely spoke of it amongst my hockey buddies. I some how kept finding myself in online communities. From gaming, to tech, to Apple.

This was sort of a weird time to get into Apple, especially as a PC user/gamer. Apple was like the other team. They were the dark side (to Apple, PCs were the dark side, oh the irony). This is when I discovered a little site called Macteens. 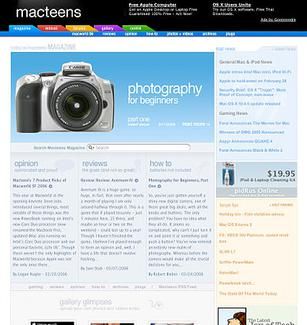 Macteens was this online magazine with a community of Mac users and mostly teenagers. We were from all over the world sharing computer setup pictures, product reviews, and attending Apple events in person each year. I don't exactly remember how I discovered Macteens, but once I did I began writing articles, reviews, and tutorials. Plus, I helped run the site, which was conveniently written in PHP. 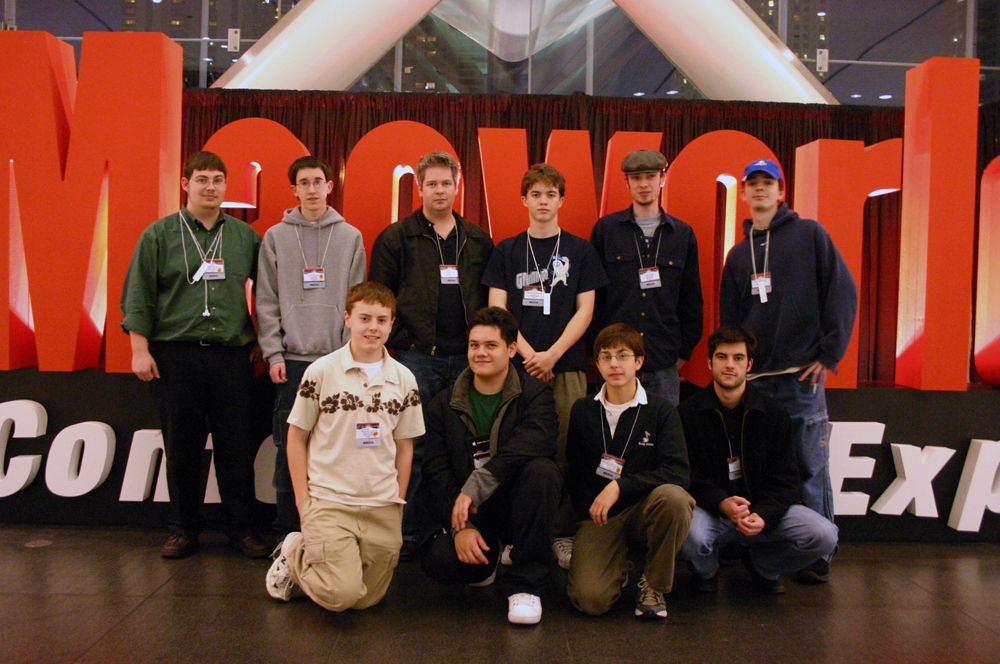 I think I was around 14 or so now. My dad made me earn my money, and the easiest way to do that was by mowing the lawn. He knew exactly what I wanted to do with the money, so he'd give me exactly the amount I needed: Five dollars and a quarter. Why this specific amount? It was five dollars to buy a pack of Pokémon cards downtown, and tax came out to twenty-five cents. I kept mowing the lawn for years, and even tried to ask for a raise. The kid behind us would mow his lawn, at half the size and get a whole twenty bucks from his parents! I wonder where he is now...

While mowing lawn for years sounds like a long time, it wasn't "forever". I grew up in a place with seasons. No one was mowing lawn in the winter, and going outside was a chore. During winter time I would make websites for fun. Someone offered me money to make them a website, and I almost turned them down. I did it for fun, not for "work" or whatever that was at the time, but then they told me what they'd offer me five hundred dollars. That's 100x over what I'd get for mowing the lawn. After discussing with them what they wanted, I agreed and boom, a week later the $500 was mine!

I didn't blow it all on Pokémon cards, I don't think. I definitely got some fancy pizza slices, too!

I think I'll end this one here and pick up another time to continue the story. It's interesting looking back. Connecting all the dots making the path look is so obvious.